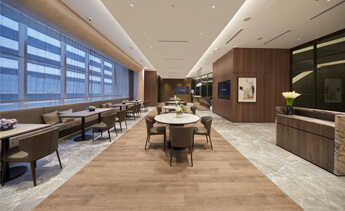 Centrally located within Melbourne’s Central Business District at the “Paris End” of Collins Street, with access to both Russell Street and Flinders Lane. Grand Hyatt Melbourne first opened in 1986 and has been extensively renovated in recent years. The property has since evolved into a five-star, 550-room hotel part of a mixed development with a commercial centre and a carpark with 595 lots. In 2019 it had an occupancy rate of 91%. 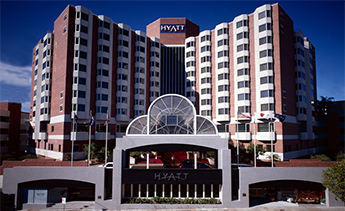 Hyatt Regency Perth is an integrated five-star hotel, office, retail and parking complex with the adjacent commercial centre known as Fortescue Centre. It is located at the eastern end of Perth’s Central Business District on the southern side of Adelaide Terrace and the northern side of Terrace Road between Plain Street to the east and Bennett Street to the west. Completed in 1984, it offers the largest standard sized guestrooms within the Perth CBD and many guestrooms offer views over the Swan River or city skyline. It had an occupancy rate of 76% in 2019.